Our partner Monkango was born in the rainforest in Congo-Kinshasa. Her biological mother passed away soon after she was born. Monkango's father then chose to leave her to be taken care of by her grandmother, who soon formed a new family. Monkango became very ill and her grandmother took her to a hospital. There she received care for some time, especially from a female nurse and her husband from Sweden. The couple worked as missionaries in Congo-Kinshasa and decided to adopt Monkango. After four years in Congothey chose to move back to Sweden again, and Monkango thrived in Sweden. 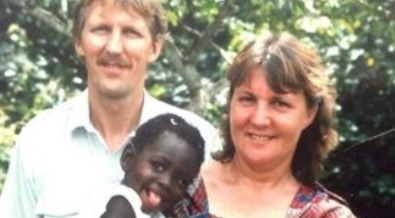 Unfortunately, not all Congolese children are as fortunate as Mongango. The country of Congo-Kinshasa is in many ways a rich country, but there is still great injustice and misery, and women and children in particular suffer great hardship. Therefore ALGA of Sweden, together with Monkango, choose to donate 10% of the profit to the Panzi Hospital in Congo, where the Nobel prize winner Denis Mukwege works to help abused women and malnourished children.

The face masks are inspired by the beautiful and rich nature of Kongo. The products are climate smart, which means that you add the right amount of water and then create the perfect mixture for your own face mask.

It's influenced by all corners of the world,